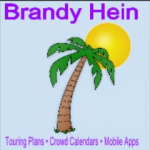 Hello, The47Penguin, and Welcome to the Saturday Night Live Wiki! Thanks for your edit to October 17, 2015. Here are a couple things you may want to know:

You have been blocked for reverting the administrator to add Wikipedia links after a warning.
JeremyGU (t · c) 05:57, October 3, 2016 (UTC)

Please don't move pages and recreate a new one on the old title if someone else has edited them, that violates Wikia's license terms. If the "visual editor" corrupts what it's supposed to be creating (which happens to me at about a 100% rate), try manually editing the source code. In the infobox editor, you can get to the source through the icon at the bottom-right corner that looks like this: [ ]. JeremyGU (t · c) 06:41, January 27, 2017 (UTC)

Ah, I see how the templates will work. I was thinkin of how the other infoboxes worked (hosts have every episode listed), but it occurs to me that sketches recur a lot more often than hosts or musical guests, so you're right that it too much for the infobox. Having separate ones definitely makes better sense. JeremyGU (t · c) 06:55, January 28, 2017 (UTC)

Mplaya3 (talk) 25:25, September 12, 2017 (UTC) I would like to see Jaimie Alexander host the next episode, because she is a great and beautiful actress and I'm a fan of her and her show, Blindspot.

Retrieved from "https://snl.fandom.com/wiki/User_talk:The47Penguin?oldid=27288"
Community content is available under CC-BY-SA unless otherwise noted.