Born in Torrington, Connecticut, he joined NBC as the director of weekend late-night programming, at which point, he helped conceived the idea of Saturday Night Live, after consistent reruns of the Tonight Show with Johnny Carson.

After Michaels left in 1980, he was immediately replaced with producer Jean Doumanian, who hired an entirely new cast and writing staff for the sixth season. She was soon fired mid-season when Ebersol took charge, and formed a new strategy: showcase Murphy and Piscopo (two rising stars in an otherwise abysmal time) as much as possible. This worked, and helped revitalize the show, while Michael's attempts to make new television shows, like The New Show, failed.

Unlike Michaels and Doumanian, Ebersol never worked as writer on the show.

However, in 1984, both Murphy and Piscopo left the series. For season ten, he hired the show's first all-star cast, consisting of Billy Crystal, Christopher Guest, Julia-Louis Dreyfus, Rich Hall, Pamela Stephenson, and Harry Shearer (a cast member from the fifth season). This season received critical response from critics and audiences, some of whom stated it was the best season of the show by far. Because the tenth season mostly consisted of pre-taped sketches, Ebersol proposed the idea of shifting all of the show's material to taped format, which meant no live sketches. When his request was denied, he left, and Michaels's took charge again in 1985.

Since his departure, he remained the head of NBC sports until 2011, when he was "demoted" to advisory capacity. He is currently married to Susan Saint James, and now has two children, after his son, Teddy, was mortally injured in a plane crash in 2004. 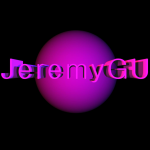 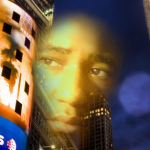